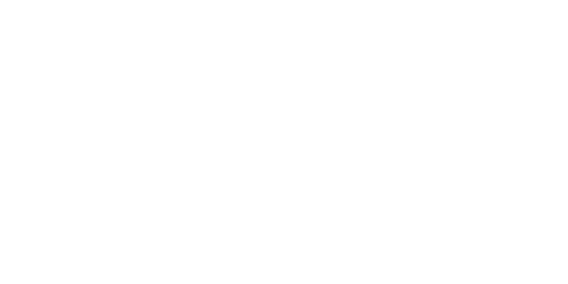 As applied practitioners of Sport Psychology we are continually updating our knowledge. This is a review from Hannah McCormack which also appears in the popular  Psychworks magazine.

On Friday 24th of January, as part of the All Ireland Post Graduate Conference in Physical activity and Sport Science a Psychological Society of Ireland accredited CPD workshop entitled “Using your mind’s eye: Known knowns and unknowns” was held in the PESS Building at UL. The workshop was headed by Dr. Tadhg MacIntyre (PESS) who was joined by Dr. Alan Ringland (Paralympics Ireland), Dr. Olivia Hurley (IADT), and  Dr. Laura McAvinue (Dept. of Psychology University of Limerick). Dr. Mark Campbell (PESS) and Dr. James Matthews (University College Dublin) were additional members of the team that developed the workshop concepts.

The ninety minute workshop focused on the juxtaposition of evidence-based practice and practice-based evidence on the topic of mental imagery. It involved a review of the evidence to date and reflections on the application of imagery in different contexts. These ranged from applied sport settings, to the use of imagery in rehabilitation and neuro-rehabilitation domains. The workshop also provoked thought on the possible contraindications of imagery interventions (MacIntyre et al., 2013).

A pre-workshop survey evaluated the workshop attendees perceptions of imagery, their practitioner experience of imagery, their imagery abilities and their individual motives for attending the workshop. According to results of the survey the majority of those who attended were interested in performance psychology and predominantly interested in the role of imagery in sport contexts. Attendees also included those who worked in rehabilitation contexts and the field of physical activity. The key survey findings were presented at the beginning of the workshop to the 25 attendees who ranged from undergraduate students, to doctoral candidates to experienced practitioners working in the field.

Mental imagery is defined as “a symbolic sensory experience that may occur in any sensory mode” (Hardy et al., 1996, p. 28). Imagery is more than just seeing something in your mind’s eye or visualising something which is why the phrase mental imagery  is preferred to the term visualisation. The field has evolved greatly since William James first wrote that your mind’s eye enables you “to skate in Summer and swim in Winter.” Imagery is now employed in multiple ways and the traditional approach of using mental practice has been superseded by other possible outcomes from imagery use (See Guillot & Collet, 2008). Three areas were emphasised: the use of imagery in performance enhancement and performance restoration, the need for individualised interventions and the role of imagery ability assessment.

It is hypothsised that imagery is grounded in our experience and consequently related to our expertise. For example, an architect may have an enhanced spatial imagery ability, a gymnast who uses imagery to rehearse a vault may have high motor imagery abilities, and a field game player who may  be focused on simulating a dynamic open-skill, may require heightened abilities across a range of abilities. When an expert performer simulates a skill through imagery, the duration of that image will correspond to the time to execute the movement-the so-called mental travel effect. Consequently, it was suggested that the correlation between the simulation time and motor execution time is an effective measure of imagery quality. Furthermore, the traditional recommendation of employing all your senses during imagery was called into question-the cognitive load or mental effort may diminish the accuracy of the imagery in the most pertinent senses (e.g., motor imagery).  While imagery isn’t constrained in the same way as physical practice, it may still be fatiguing-a possible contraindication being the use of imagery for long durations.  Using mental imagery in order to practice a skill or movement can be exhausting; the areas of the brain are activated in the same way (the information is processed in the same way) as physically executing the skill or movement. The overlap between action observation (watching someone perform a skill) and simulation (imagining a skill) are interrelated processes (Vogt et al., 2013).

Dr. Laura McAvinue, a cognitive neuroscientist at UL, discussed a case study on the use of motor imagery to reduce phantom limb pain (McAvinue & Robertson, 2011). Dr. McAvinue introduced us to the idea that although the body is physically damaged the neurons in the brain are unharmed, and lie idle. With no physical limb to activate, they may begin to randomly fire causing different sensations from a tickle or an itch, to an ache or stabbing pain in a limb that no longer exists. Rather than allow these neurons to remain idle, Dr. McAvinue employed motor imagery as an intervention and taught her participants the skills to activate the mind. Motor imagery activates similar pathways to the actual movement, and thus the idle neurons would no longer be idle and as a result, the phantom limb pain could be alleviated. Dr McAvinue found contrasting results in her study, with some participants reporting a decrease in phantom limb pain and some reporting no affect from the treatment. What this study showed us was that there is potentially a way to recover from injury and manage pain by using mental imagery. The brain is tricked into thinking it is using a limb that is immobile or no longer there. What this means is that athletes can physically recover without having to put excess strain or stress on an injured limb, they will hopefully not lose the ability that they had pre injury, the mind stays focused on the task of recovery. Return to play is a much smoother process and the gap between physical readiness and psychological readiness can be reduced.

In the workshop we were presented with 3 cases studies. They included an international female rugby player (out-half); a 20 year old academy rugby player who had injured his ACL and was in recovery, and a 77 year old female who has suffered a stroke.

All case studies challenged us to find the optimum use of mental imagery for the individual in question. As with every aspect of sport science support, it is not a one size fits all scenario. The timing and use of imagery will differ depending on the needs of the individual. The senses employed and the emotions evoked will also differ. A recovering athlete will utilise the sensations within the injured limb, mental imagery can decrease anxiety, aid intrinsic motivation and increase self-confidence in both the injured and non-injured athlete according to research by Guillot and Collet (2008).

We were left to reflect upon the similarities and differences between the use of mental imagery for sports rehabilitation and the use of mental imagery for stroke rehabilitation. We were also given the take home message that sometimes mental imagery does not work, and in fact, can be counterproductive if used inappropriately. Mental imagery just like any other skill needs to be practiced and developed. Instructing an athlete to change the way they think, how they think and when they think is like changing any other skill: it will take time getting used to it. During that time it is not unreasonable to expect for their performance to suffer, but once the skill has been honed through practice and implementation, imagery can improve performance, psycholgical well-being and aid recovery. Beyond the lessons learnt, connections were made across the community of practice and the images of this workshop will resonate with practitioners and researchers long into the future.

The workshop was based upon an expert statement which was funded by the British Association of Sport and Exercise Sciences (BASES).